Is Adrenal Burnout Diminishing Your Training and Race Performance? As athletes, you’re warned of the risks of overtraining, so you know to schedule in rest days and taper training leading into an event. What you may not know is that overtraining is not the only way to cause adrenal burnout, which could be inhibiting your training and adversely affecting your performance without you knowing it until it’s too late.

You may find yourself putting in the time and the effort required to achieve your training goals, yet you seem to show little to no improvements. You notice your heart rate is increasing over time, rather than decreasing during your training sessions, your speed is diminishing, even ever so slightly.

A patient I’d seen described to me that she had been training for a number of triathlons and events in the past, though found recently, felt more tired than she previously had. Considering this was normal after an event, thought nothing of it, until a month had past, and she continued to sleep longer hours, up to 9-10 hours per night, though was still tired on waking. Sleep was broken, with bouts of sweating through the night. Her memory had diminished, concentration levels were dramatically reduced, and was needing to sleep in the afternoon almost daily to get through the evening, only to crash again around 8pm each night. All of this was still happening even though she had reduced her training schedule to less than half. Each day felt like a marathon, the most basic of daily tasks became a massive effort. Continuing her training, she found each training session felt like such an effort compared to the past, her heart rate was dramatically increased, and her stamina, endurance and muscle strength was dramatically decreased. She put it down to a lack of or a plateau in fitness.

Realising something was very wrong, and after running a few blood tests we found that she had severely depleted an essential hormone, known as the “mother” adrenal hormone or DHEA. This hormone goes on to make your testosterone, oestrogen and progesterone through your adrenal glands, so depletion can also cause hormonal imbalances.

Long term physical or emotional stress, lack of sleep, or chronic insomnia, regardless of the cause, a depleted immune system, chronic inflammation, and poor nutrition all have the ability to create the same condition in your body as overtraining can, often suddenly causing an adrenal crash when you least expect it.

Adrenal burnout like this can take from months up to years to recover from, with careful rebuilding of the adrenal and hormonal system, but the consequences of this condition are far worse than the initial fatigue that you suffer with initially. DHEA plays a major role in so many functions of your body, that it can cause a dramatically aging effect if depleted. DHEA deficiency is often the cause of muscle wastage, and loss of muscle and bone strength, excess fat deposition, and eventually may lead to osteoporosis. Low DHEA has also been known to be a common factor amongst patients diagnosed with a wide range of cancers, Alzheimer’s or dementia. Other symptoms can be low mood, depression, anxiety, low libido, low motivation and feelings of sadness or lack of joy in daily life.

Repairing this situation requires a balanced nutritious diet with plenty of good fats and proteins, as these are the building blocks of corticosteroids, which go on to make your adrenal hormones. Stress management, specific nutrients, and plenty of rest are also essential in regaining your adrenal function. With the right care, and a sound knowledge of how your body functions, what your body needs and knowing how much rest you as an individual requires is essential to maintain peak levels of energy and strength for optimal performance long term.

Jodi Chapman BHSc is a qualified Nutritionist and Naturopath specialising in the field of optimal performance for mental and physical energy, particularly recovery from depression, anxiety and ADHD. Does your immune system constantly crash? Always have colds and flu? 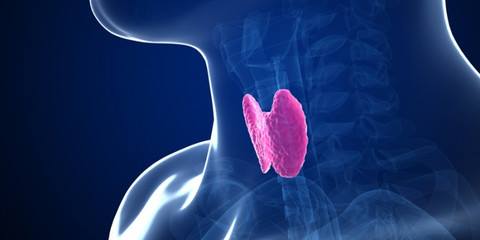 Feeling Flat or Unmotivated? Addictions to Sugar or Alcohol? Addiction to Shopping?!